THIS ONE IS ABOUT STRUCTURING ENCOUNTER CHARTS… EVENTUALLY

So what have you been doing, Evey? Other than staring sadly into the middle distance.
I made this: https://www.drivethrurpg.com/product/259196/Look-Beyond-the-Angry-Eye-of-God-Heathen 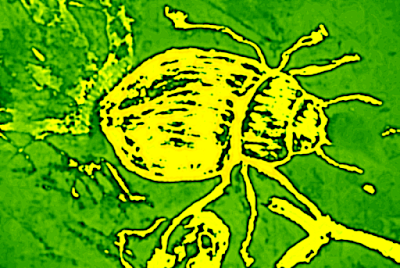 Also I’m working on like too many other things, always.

One of those things is a campaign I wanna start early next year. Ya know, sometime after the soul crushing thrust of the holidays have run their wretched course. There’s a reason that Xmas adventure I wrote is about Santa getting fat fucking murdered. 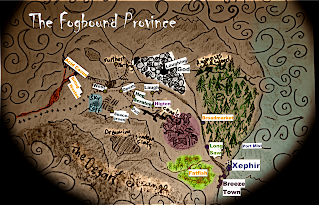 Anyways, what this bloggity blogpost is about:

I was reading through Fire on the Velvet Horizon, looking for stuff to add to my encounter charts. The melanic moor biz in particular fits in the Canal Wetlands on muh map. Adding other people’s creations, mixing in pieces of others’ minds sort of breathes a broader life into the pretend places we make. (Also, FotVH is the bestest RPG thing evah. In case y’all didn’t know.)

It occurred to me at some point, I was gonna have to do a bunch of regional encounter charts; which, yah of course. That’s fine, most of those I can write while the PCs are headed to the place. But, there is a Rural/Wilderness chart that’s will get a load of use right off, just because of where the campaign is beginning. I began mentally drafting On the Path* and In the Shit* versions of that chart. The overlap between the 2 was almost total so I bailed on the idea. (*This has been my goto method for a while.)

I also kind of hate empty slots on charts. “Nothing happens” isn’t interesting, even if it is realistic. Also don’t like rolling to see if you need to roll because I am easily annoyed, I guess. So it occurred to me, an on the road encounter can be a nothing result off the path. The reverse is also true.

But simple revelations are never enough, I also wanted a chance for a Big Fucking Event ™ to happen without spending a chart spot on “ROLL ON THIS TABLE NOW”. I just can’t get no simple satisfaction. I am planning on d20 charts so a daily 5% chance of Big Fucking Event was a bit much anyways.

First I considered the idea that when you roll the same result 2x in a row then you roll on the big fukken event table. That, however, required me to remember and/or write down the last roll every time. Nope.

I landed on the idea of rolling a second d20. When doubles occur, take that result on the Big Fucking Event table instead.

Of course, that felt like too little use being extracted from the 2nd roll. Can’t get no… well you know the rest. I toyed with making a 20 different examples of each of the 20 possible results but fuck that. Just no.

Instead, I landed on a lazier method. 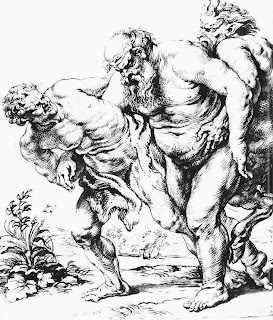 So obviously this rolled with 2 d8s instead of d20s. A 3 day, one time journey doesn’t need much more. Well a Big Events Chart:

d8 Big Happenings on the way to the UltraOrgy®

So, as an example from the example, if I rolled a 3 and the lucky #, I’d probably have the PCs stumble upon the Dragon Preacher’s corpse (fresh dead from a heart attack or some shit). Dragon parts are hard to come by and super valuable so a party thinking on their feet outta turn that straight into scumfuck profits.

Anyways, that’s how I’m structuring this campaign’s out and about times.

AND IN THINGS I’VE DONE THAT SHOULD BE AVAILABLE SOON NEWS:

The adventure from which these sentences were pulled ought to be available soonish from HOCUS!

ALSO LOOK AT THIS ART FROM THAT. LOOK. AT. IT.

Posted by Evey Lockhart at 1:28 PM