"You may find yourself living in a shotgun shack... you may ask yourself, well how did I get here?"

I recently ran a game! Woo! Alpha testing my philosopher's stone (aka my own super-duper-special Fantasy RPG).

In said game, there was a crazy old candle-maker, a crazy scary aelf, and a crazily vain person. They were to be an already "functioning" "team". There wasn't a dungeon so I couldn't just wake them up hungover inside.

I wanted a beginning to help draw everyone into character and tie them all together.

So, I did something pretty simple.

I got the Players to Answer a few questions during character generation. 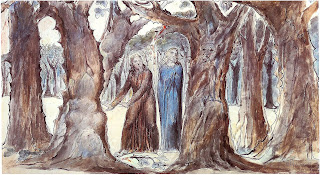 Each player may only answer a single #.a question.

Repeat until all players get to answer an #.a question.

Sarah is playing Bee the Handy Jill and Sam is playing Sea the Degenerate Wizard.

Sarah automatically gets the next question. Obviously Sea has like a lifedebt to Bee and so both players declare that sans the formality of the procedure.

Alternatively She could have done something weird like a demon blood oath further tying them together. Then he could be all like "we have to kill 4 demons!"