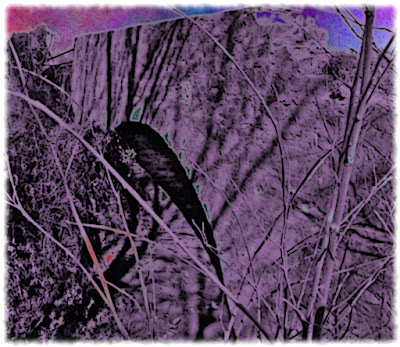 “That’s right, buddy. Breathe deep. I will always be near you now…”


Being the worst combination of Troll and Drug Pusher, Waxy Rock Trolls obviously hang about under bridges. Actually there may just be one of them, and he’s usually under that stone bridge. It’s the one over by the Refuge in the neon poppy plains.

(And that fucking crystal river is dangerous, yo. DO NOT EAT THE FISH!)

Anyway, he charges a toll to use his bridge. It’s real simple, really. You gotta prove you’re cool and smoke with him. Thing is, you’re smoking his skin, and he will totally be creepy about it.
He’ll say things like: “Dude, now I’m inside you.” “How does it feel, buddy? It feels good, yah? Oh, I know it feels good.”

What does he look like? Oh, yah. Guess that’d be useful. Fucking spaced for a minute there. He looks sort of like a skinny bear, standing on its hind legs. His paws are like totally huge but oddly deft. Oh, and he is like covered completely in waxy, pearlescent crystals.

If you do smoke with him, you’ll feel like crazy good. Like you’re flying on a bed made outta orgasms. You can move like way too fast and everything makes sense (always acts first).

That lasts for like 15 minutes then you’re totally trashed for like 8 hours (-4 on all actions). I mean feeling like worthless fucking death, dude. It’s cool though because he’ll always send you away with a little care package of concentrated skin crystals. You smoke that and you’ll be spun and feeling fine for a few hours more.

Whenever you stop smoking for more than a few hours, you’ll stark sweating wisdom rocks. This is no big; it’s just your soul coming out of your pores. (Lose 1d6 Wisdom). If you smoke it, you should feel a bit better, and you might just nip a little extra soul straight outta the fire. (Gain 1d6 Wisdom).

If you smoke the Troll, he will always be able to talk to you. Whenever. Wherever.

Mostly he just wants to sell you some rocks. And he can get them to you, too. No matter how far or how many planes of reality separate you, the Troll can whisper in your ear and turn any object near you into a waxy rock. All it’ll cost you is a bit of your time (age 1d12 years [1d100 years if it’s a really big object]).

Oh and the comedown gets BAD, after a while.