Mucking about with the Lamentations of the Flame Princess has sort of become my new hobby. While reading the appendix on guns, James mentioned that the training necessary to be an archer was something that LotFP didn't take into account. Additionally the 1d6 damage rating for the longbow had been irking me. 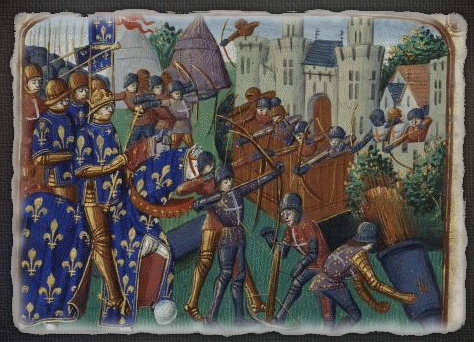 For a typical longbow bow with a 60 lbs. draw 1d6 damage makes total sense. For a Welsh/English longbow or a Mongol Bow with a draw between 100-180 lbs. that makes little sense. Such weapons required a lifetime of training to use. They aren't simply drawn either; an archer must to push into the limbs of the bow with his/her off hand as well as pull back with his/her main hand to bend them. These things will destroy you. 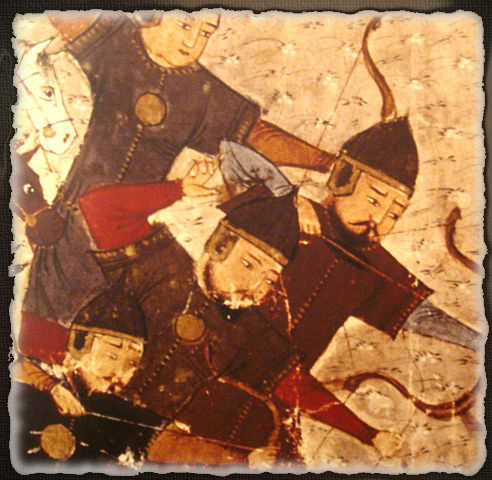 And now, the main event:

Unlike every other Specialist skill, this skill begins at 0/6.
Additionally, skill points must be spent on Heavy Archery at character generation if any are ever to be spent on it.
The listed X/6 is the characters BAB with Heavy Bows.
Heavy Archery cannot be improved past 6/6.

So why don't ya go shove an arrow through the skull of an orc or a wyvern or a corrupt senator or something? 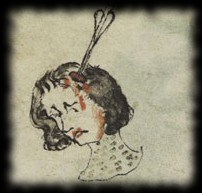 Posted by Evey Lockhart at 3:00 PM

This is my version of LotFP elves. This class mod is unabashedly inspired/cribbed from +James Young’s excellent, if scarier-looking version of elves…

Elves exist in a liminal state. They are no longer quite men, nor are they yet amongst the hidden folk. They are the children lost in the Feywode, or what is left of these children when they return, and centuries have passed. They are men and women bewitched by phantom fairy lovers and tricked into trodding through Álfheimr. They are touched too long by the strange energies, the wild winds, the throbbing foliage of these places.

Changes from the RAW:

Elves begin play knowing how to cast but a single, randomly determined spell. This spell is a part of the elf. It is in his/her blood, bones, and soul if indeed an elf ever possessed a soul. With each level, the gnosis of a new spell comes freely, suddenly, and just as randomly into the elf’s being. This is the only way an elf may grow his/her repertoire of spells without resorting to ritual cannibalism…

Additionally elves don’t quite look human and must roll a d10 on the following Trait Chart three times at character creation. Note that rolling the same trait more than once usually intensifies that trait, for good or ill.

3. Waifishly Thin
Rolled Once – Unusually lithe, long, and lean body.
Rolled Twice – Weighs half as much as a normal human being of his/her size, -1 to Con, +1/6 chance to move quietly.
Rolled Thrice – Skeletally gaunt, needs only 1/10 as much food to survive healthfully, -2 to Con.

4 & 5. Ethereal Beauty
Rolled Once – Exceptionally beautiful.
Rolled Twice – Painfully attractive and remarkably free from any blemish.
Rolled Thrice – Glows slightly when not concentrating*, voice has a hypnotic quality, +1 to Reaction Rolls when the other party has heard the elf speak.

9. Light Footed
Rolled Once – Is very light on his/her feet, +1/6 chance to surprise others.
Rolled Twice – Leaves no trail in natural environments.
Rolled Thrice – Leaves no foot prints under any circumstances.

11+. The Elf in question develops animal legs, often those of a goat, horse, or crane. He/she cannot roll any further on this chart without surrendering fully to his/her otherworldly nature (thus becoming a non-playable character). Also, pants and shoes are kind of a problem now…

To recharge his/her spells after casting them, an elf need only engage in some manner of activity about which he/she is deeply passionate. This will vary from elf to elf, but often includes things such as dueling, singing, drinking fine ass wines, eating, and wenching/knaving (would the gender swapped version of wenching be knaving?). However, attending religious services, reading Sappho, trading baseball cards, gardening, or debating philosophy are also perfectly alright ways to recharge. Elves only need to do these things for about an hour to refill them spell slots, but often stick it out for longer than is strictly necessary.

Magic is a part of them. It comes from inside their very being. Other than the gnosis of levelling, the only way for an elf to learn more spells, is to eat the heart of another elf or the brain of a wizard. Most elves develop particular rituals for doing this, but the only actual requirement is that the organ being devoured is wholly intact.

In the case of eating an elf’s heart, the consuming elf will know every spell the dead elf ever knew. As for eating wizard brains, the elf will only learn the spells the wizard had memorized at the time of his/her death.

Every time an elf consumes a heart or brain in this fashion, he/she acquires another supernatural trait and must roll again on the trait chart, with a larger die than the last roll. This means that the first time an elf cannibalizes somebody for magic, he/she would roll a d12. The next time a d20. After that a d100. (You can do smaller steps if you have the dice and are a nicer DM.) If the elf engages in this action with a creepy little ritual, he/she can roll twice and take the lowest. The ritual should take about 1-2 hours to complete.

Normal people are fucking terrified of the supernatural. Particularly unlucky looking elves typically get burned at the stake.

So I’ve shown you my elves… why don’t you show me yours?

* Fighting for your life? You are not concentrating on not glowing.
**Low Light Vision – So long as there is any source of light, the character can see up to ranges described below. For instance, if there’s a single candle burning in the corner of a warehouse, that’s enough. If there are stars out and it’s only a bit cloudy, that’s enough. Locked in a pitch black basement? Nope. Thunderstorm at midnight? Nope.

Posted by Evey Lockhart at 5:51 PM

The following are four classic fantasy monsters explained away with cold, impersonal science (Scooby-Dooed with almost adequate explanations, really) and one weird monster I just sort of made up. But why?

A monster hunter campaign in a "fantasy" world that has no magic would be fun on the bun. Clerics are herbalist healers whose rituals accidentally work. Mages are shams and alchemists, but they totally know it. Oh those wily "wizards".

Alternatively, these could serve as a nice surprise/fuck-you to PCs expecting anti-magical protections and the like to work.

Or you could use this to drop a "fantasy" world into your scifi campaign.

Why the Ogres brains ain't so good...
Posted by Evey Lockhart at 7:16 AM

The dX charts continue, with those weird Gamescience dice...

So the PCs have just stepped through a random portal or crash landed onto an alien world? Roll 1d3...

Posted by Evey Lockhart at 7:40 AM

The following is a spell from The Transmographies of Andron Comutus, aka The Tome of the Fleshsmith. A true polymath, Andron proved to be an especially gifted student of anatomy, mathematics, cosmology, and wizardry. He carefully honed all these interests into a powerful and unique type of magic, called Fleshcrafting by those who feared his unequalled skills and total lack of conscience.

(Another spell of his devising, also contained within the Transmographies.)

Additionally, the victim has a penalty of -1 on all actions until he/she has healed 1 hit-point worth of damage.

The spell is fueled, in part, by the emotional state of the caster. It absolutely requires the caster to be in a Fight or Flight state of mind. This adrenaline-fueled state will be increased in the caster as the spell is released. His/her heart rate will speed up, and he/she will have trouble focusing for a few moments post-casting. At the same time, the adrenal response (and it's pain deadening effects) will be somewhat suppressed in the victim. (At the DM's discretion, hitting a berserk character with this spell could force the warrior out of his/her berserk state on a failed saving throw.)

While Andron Comutus certainly understood what was happening, most wizards (and the notes in their spellbooks) misinterpret these effects and assume that rage somehow fuels the spell. Thier misinterpretation doesn't affect the actual casting of the spell at all. Rage and adrenaline are old friends.

The adrenaline spike associated with casting this spell can be addicting to certain personality types.

Thankfully, like all of Comutus's spells, this one is somewhat of a rare find. He only took on two apprentices during his centuries long life, and kept neither very long. His personal spellbooks and his legendary masterwork, The Transmographies, have yet to be recovered.
Posted by Evey Lockhart at 11:28 AM