Gaming in modern settings is paradoxically easier and more problematic than the more fantastical options. It's easy because everyone already has a baseline for it: the actual world around us. You can explain yourself by simply saying something like: "It'll be a modern spy thriller one-shot..." or "...Like Buffy but, ya know, late seasons, really grim Buffy..."

Those same baseline assumptions can also make modern settings a daunting prospect. Players may expect to be able to google whatever they're after, to know the date and time off hand, for the bartender to have a first and last name, and a slew of other very specific details.

In modern settings (especially with investigative adventures), the need for minutia is mighty. Little tools like this d20+ chart can be invaluable for filling in small gaps.

Need a random band name because the PCs went to that seedy bar you didn't think they would look into? For the opening act at the local stadium? For an NPC's terrible yet pretentious high school rock band? For the "Top of the Pops List" at Space Station AlphaNumera?

Roll a d20. If you know what genre you want, roll the appropriate die instead.* 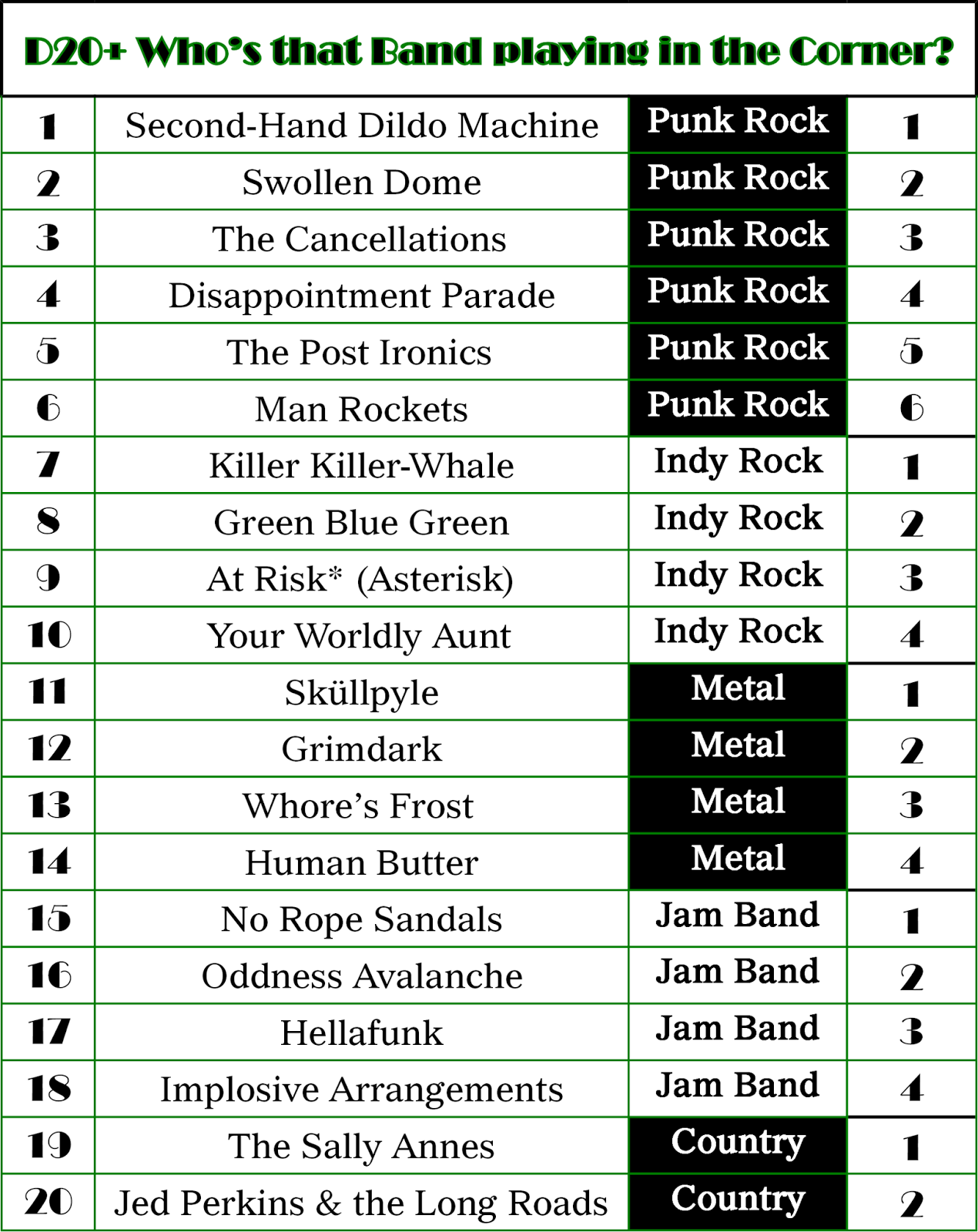 *This is actually a really good way to arrange encounter charts: one generic, more random chart for a broad terrain-types with built in sub-charts for more specific areas.